The CRA9 fishery is geographically large but has the smallest TAC of any region. The fishery extends from north of Bruce Bay to the Kaipara Harbour, but commercial lobster fishing is constrained to the north-west coast of the South Island and the area between Patea and Kawhia, in particular the Taranaki coastline. 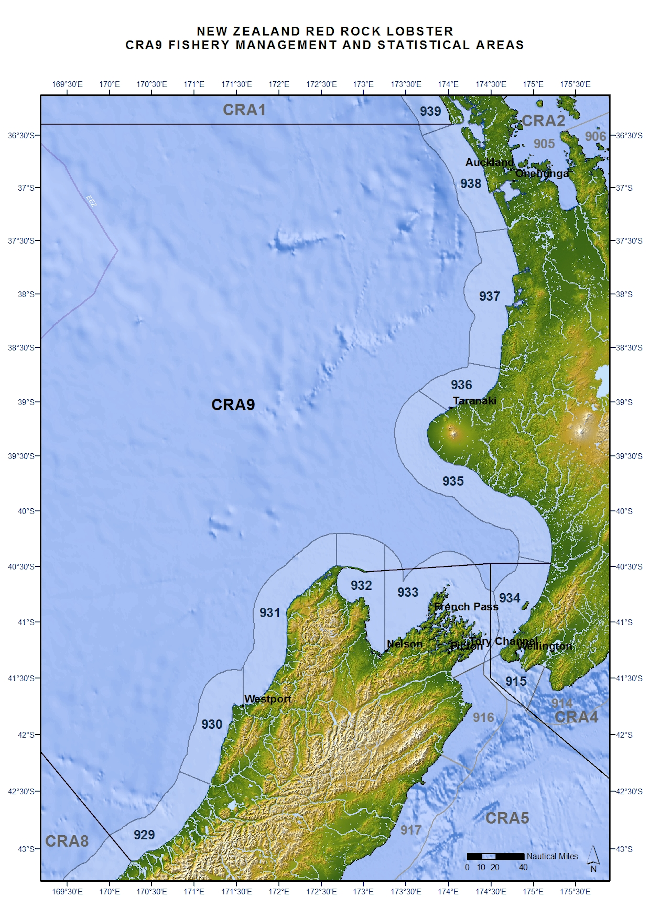 A formal stock assessment was done for CRA9 in 2012/13 and a new management procedure invoked a total allowable catch (TAC) of 115.8 tonnes. The 47 tonnes total allowable commercial catch (TACC) set in 1990 was increased to 60.8 tonnes in April 2014 and has been unchanged since.

When setting the CRA9 TAC a 20 tonnes allowance was made for recreational removals and 30 tonnes for customary.

There are 34 CRA9 quota share owners and shares very rarely trade. There are 9 annual catch entitlement (ACE) owners and in the most recent full season ACE traded up to $55/kg. In the 2019/20 season only eight commercial vessels reported CRA9 landings.

The estimated value of the landed catch was $5.2 million (based on average port price paid to fishermen). The industry supplies processing and export operations in Wellington, and Auckland.