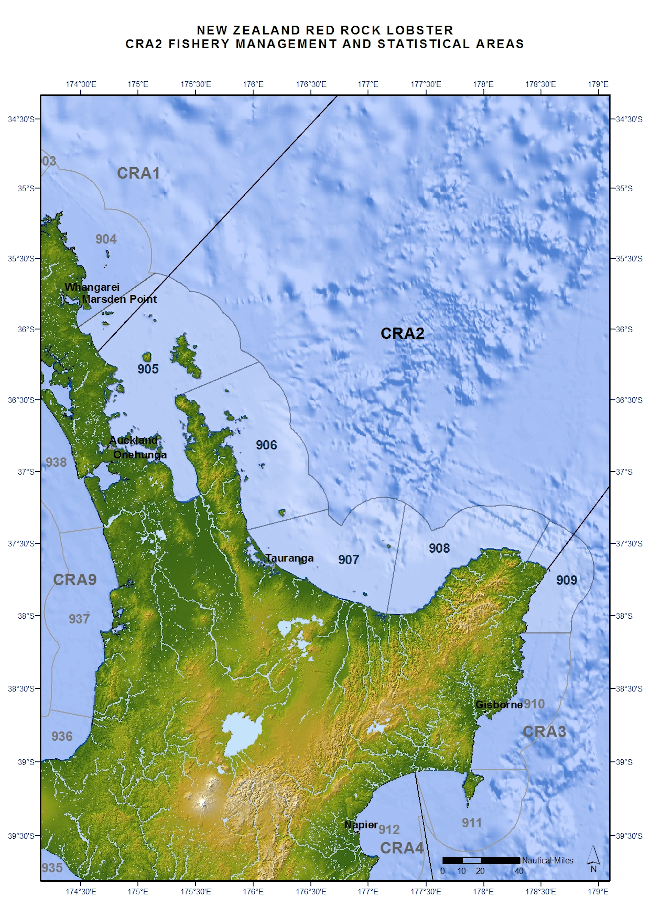 The 100 million quota shares representing the 80 tonnes TACC are distributed amongst 50 quota share owners. There are currently 19 CRA 2 Annual Catch Entitlement (ACE) owners and in 2019 there were 18 vessels reporting commercial catches. Quota shares are infrequently traded and a recent transfer was valued at a $1.08 million per tonne equivalent. CRA 2 ACE trades for $55/kg.

The main operating period for commercial vessels generally extends from June to January. The estimated landed value of the CRA 2 catch is $6.9 million (based on average port price paid to fishermen) and the industry sustains a number of processing and export companies in Whitianga and Auckland.

The current TAC allows amateur catches from this fishery. Potting and diving are the preferred methods, and there is a large recreational charter vessel industry catering to the sector.

The CRA 2 Rock Lobster Management Company Ltd (CRAMAC 2) is the representative commercial stakeholder group for this region. CRAMAC 2 has made significant investments in rock lobster research since its formation in 1995, including a comprehensive vessel logbook programme, tag and release projects, and sequences of intensive catch sampling to Ministry standards and specifications.