During the 1980s and 90s a number of sentinel events occurred that ultimately led to the formation of the CRA8 Management Committee Inc. (now called the CRA8 Rock Lobster Industry Association Inc.).

During the 1980s fishermen were represented through Port Associations, where members of the various fisheries in a port came together to advocate on issues of generic interest to that area. These Port Associations made up the New Zealand Federation of Commercial Fishermen. Additionally the rock lobster fishery was represented by a sub group of the NZFCF.

In the south, the first time the rock lobster industry came together as a representative unit (via the Port Associations) was in response to a proposed change to the minimum temperature requirements for vessel freezers, obstensively to meet exporting standards requirements.

This was a very important issue as at that time all rock lobsters were tailed prior to packing for export. For fishermen who fished away from local ports this necessitated freezing the tails at sea on board their vessels. Fishermen advocated that what was proposed was simply not obtainable on vessels with the technology of that time. 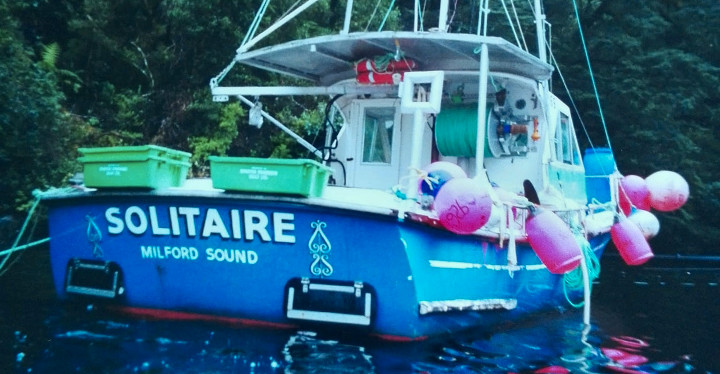 Soon after this, another major issue arose that resulted in the formation of a more formal group called the Southern Rock Lobster Research and Development Committee.

The government of the day proposed a change of method of minimum size measure from measuring the length of the tail to one where a minimum width would be used to determine if a lobster was of legal size. Standard measures for both male and female lobsters that would be the same for all of the country, except the Otago area, were proposed.

This would have had a significant effect on the amount of rock lobsters caught and subsequently sold from the southern area, as tail width for female lobsters is influenced by the onset of sexual maturity and this is in turn influenced by water temperature. Warmer water (as is the case in the North Island) results in an earlier onset of maturity than in the south where the colder water delays maturity and the expansion in tail width.

Relief from the proposed measure was sought, and ultimately following a High Court case the difference was recognised and enshrined. This resulted in the CRA8 area having a narrower minimum tail width than the national standard.

In 1990 rock lobsters were introduced into the Quota Management System. With this came the establishment of areas known as Quota Management Areas (QMAs). A total of ten QMAs were established, although only nine have ever been recognised as commercial fishing areas. The southern and Fiordland area became known as CRA8.

Quota was allocated to fishermen who had a history of fishing in a specific QMA. A fisherman who wanted to fish in CRA8 was required to hold CRA8 quota, either through owning that quota or leasing it from a CRA8 quota owner.

Despite the introduction of quota, as the 1990s progressed it was clear to many in the CRA8 industry that the fishery was in trouble.

The Southern Rock Lobster Research and Development Committee turned its attention to advocating for a change in management strategy which would arrest the decline in the fishery and return it to a sustainable level. At an organisational level this required a more formal arrangement.

The introduction of the QMS had changed the New Zealand fishing industry and had moved the focus to managing fisheries at a QMA level instead of a national level. The QMS also provided the opportunity for the formation of species-specific groups.

As a result the rock lobster sub group stepped away from the NZFCF and formed the NZ Rock Lobster Industry Council (NZRLIC). Nine autonomous organisations were formed, one from each QMA. These were called CRAMACs – CRA Management Advisory Committees – and a representative from each CRAMAC sat on the NZRLIC executive.

In 2016, following a review of the first 20 years of operation of the Committee, the members agreed to change the name to the CRA8 Rock Lobster Industry Association Inc. (the Association). It was felt that the new name clearly reflected who the Association represented and its role and responsibilities. On 13 December 2016 the new name was registered with the Incorporated Societies office.