Another species of rock lobster taken in New Zealand coastal waters is the packhorse rock lobster (Sagmariasus verreauxii), which grow to a much larger size than red rock lobster and has a different shell colouration and shape, with a green shell, less prominent spines and smoother tail segments. The packhorse fishery (PHC1) is managed as a single stock for all of New Zealand (see graphic below). 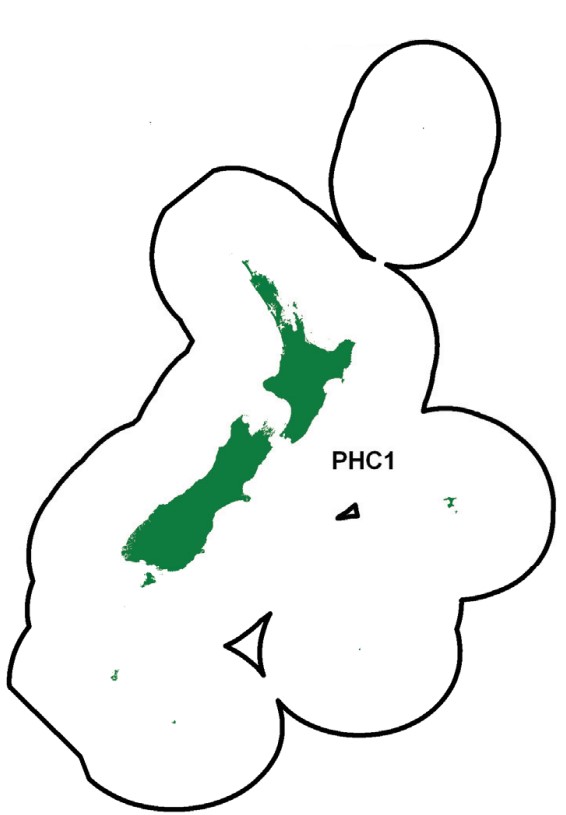 The New Zealand packhorse rock lobster landings are modest compared with the red rock lobster fishery. PHC1 quota share owners funded a characterisation and assessment of the fishery, with the first successful stock assessment conducted in 2020, using a biomass dynamics model based on historical commercial and recreational catches and a time series of CPUE. Overall, the assessment suggested that since a period of overfishing in the 1960s and 1970s, lower catches and increased recruitment or productivity of the stock in recent years have rebuilt the packhorse stock to near estimates of historical biomass. In 2021, the Minister for Oceans and Fisheries recognised the health of the packhorse fishery, increasing the total allowable commercial catch (TACC) to 49.3 tonnes, the first adjustment since the 40.3 tonnes TACC was set in 1990. The Minister confirmed a total allowable catch (TAC) of 79.3 tonnes, and also set allowances for customary (10 tonnes), recreational (15 tonnes) and other mortality (5 tonnes).

The 2022/23 PHC1 TACC of 49.3 tonne is distributed amongst 60 quota share owners. Twenty eight permit holders reported PHC1 catches in 2021. Catches of this species are almost entirely taken along the north and east coasts of the North Island, overlapping with the red rock lobster fishery in CRA 1 and CRA 2. The estimated landed value of the commercial catch was $2.34 million (based on average port price paid to fishermen in 2020/21).

No reliable estimates are available for customary catch, with the Mai i nga Kuri a Wharei ki Tihirau Iwi Fisheries Forum indicating that tangata whenua tend to combine red rock lobster and packhorserock lobster when reporting customary catch, but landings are thought to be low. The progressive implementation of reporting procedures within the North Island Customary Regulations might assist in future evaluations of customary harvest for the PHC1 fishery.