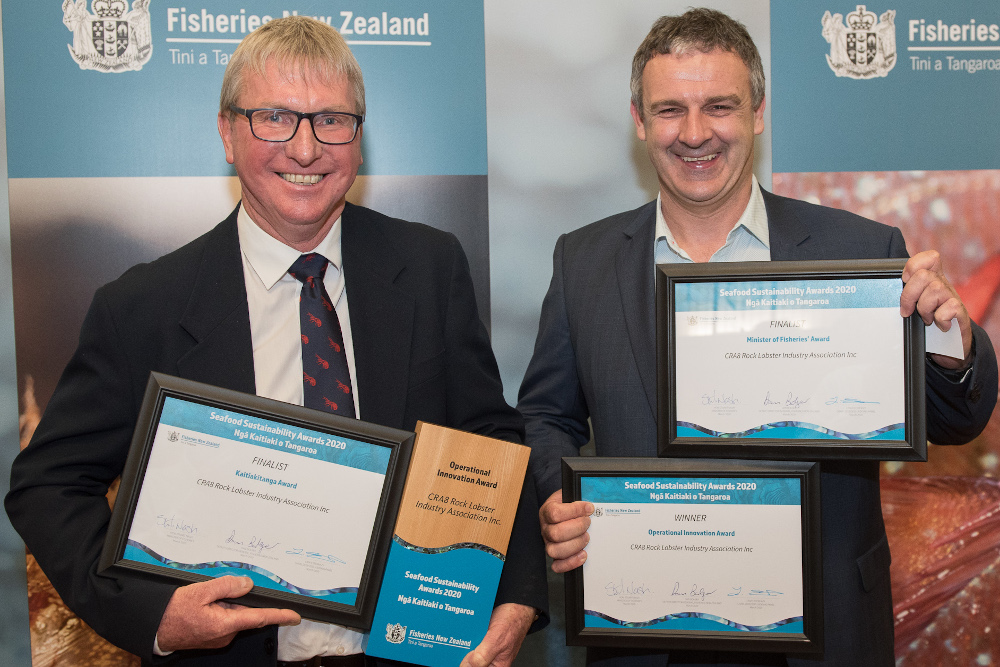 The CRA 8 Rock Lobster Industry Association (CRAMAC 8) was a finalist in the categories of Operational Innovation; Kaitiakitanga; and the Minister’s Award.

The Association was awarded the Operational Innovation award for the development and implementation of management procedures (decision rules) as a new way of managing the CRA 8 fishery and our approach to aiming for maximum economic yield from the fishery while also recognising the important environmental areas that the industry operates in.

As an Association this award recognises the foresight and work that has been put in by many people, and the support from the members for more than 20 years to rebuild and maintain a successful fishery and industry from the very low level of abundance that was the reality in the latter years of the 1990’s.

By winning one of the categories the Association was also eligible for the Supreme Award but that did not come our way. The Association was represented at the awards by CEO Malcolm Lawson and board member Jerry Excell.